The associations have the following objectives:

The alumni association has regular board elections, manages its own budget and regularly organizes events on special topics and cultural activities. More information available here in our "Blickpunkt China"-Publications. 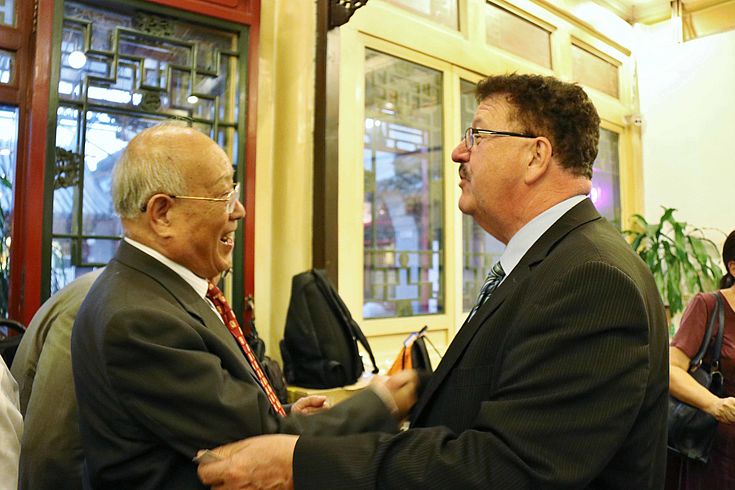 Hans-Joachim Fuchtel from the Ministry of Agriculture and Gu Junli, President of the HSS-Alumni Association